Perhaps this whole thing about fiery darts is still sort of foggy–what they are, how to deal with them, etc.?

If that is the case with any of my readers, then please allow me to share a potential calamity that my son and daughter in law recently faced that I hope will clear away some of that fog.

In anticipation of attending an university in the UK next year for his master’s work, my son, daughter in law, and their two small sons (plus all of the paraphernalia that entails) made their way to an airport in Africa to board their plane. My son’s plans were to meet with professors to tie up any loose ends having to do with his registration. They hoped to have some time to look into housing possibilities as well. A few days later we planned to join them and together we would enjoy a vacation that we all had looked forward to and planned on for months.

However, upon arriving at their airline’s check in counter, they were blind sided with the news that their plane had left without them. Apparently, there was some confusion about the departure time. Then to add to the dilemma they faced, they were told their tickets were not refundable($2300)! Oh, and wait, there’s more! The only plane that was scheduled to go to the city where the university is located wouldn’t be leaving for another week. Of course, that would mean we would arrive before them and that would just mess everything up! ! ! ! !

Immediately, my son placed a couple of phone calls–one to me and one to a fellow missionary friend. After my son shared the details of the ordeal with me, I prayed for him, said goodbye and got busy calling all my friends to prayer, urging them to notify their friends to pray. In a matter of minutes, people all over the United States and the world were praying. (My son is a missionary and many of his friends live scattered throughout the globe.)

Now, this is where the fiery dart explanation comes in!

With rapid succession, thoughts of panic, fear, and worry, bombarded my mind. (If they were doing that to me, imagine what they could have been doing to my son & daughter in law). Just imagine how all of our plans would have been derailed if we gave into such negative thinking or yep, you’ve got it,fiery darts!

Now, I preach (might as well admit it) that the most efficient way to extinguish fiery darts are to:

Therefore, here are some of the Truth thoughts God brought to my mind:

And we know that in all things God works for the good of those who love him, who have been called according to his purpose. Romans 8:28, NIV  (If we were willing to cooperate with God in this, He would work all this out for our good)

Don’t worry about anything, but in everything through prayer and petition with thanksgiving, let your requests be made known to God. And the peace of God, which surpasses every thought, will guard your hearts and minds in Christ Jesus. Philippians 4:6-7 (After taking this turn of events to the LORD, we needed to thank Him for how He was going to work things out and accept His peace.)

You will keep the mind that is dependent on You in perfect peace, for it is trusting in you. Isaiah 26:33 (We needed to trust (focus on)God so that we wouldn’t freak out and be at peace)

We knew it was God’s way to take all the scatter pieces of our plan and put them back together again! His plans are always to benefit us. (Jeremiah 29:11) That was our confidence because that is God’s character!

A few hours later, after purchasing a one way ticket to another country, where they would transfer planes, they would arrive at a city in the UK 4 1/2 hours from their original destination. There they would rent a car and drive to the city where the university is located. Several hours late, but arriving nevertheless. And, I might add, with a sound mind!

And concerning that non-refundable ticket?

Waiting on God with thoughts of trust (not fiery darts)

This my friend, is how you conquer the fiery dart of worry!

If you ever have any thoughts like the ones I opened with in this post, then plant your feet firmly in God’s Word and

1 – Recognize those thoughts for the fiery darts that they are

3 – Replace them with Truth thoughts (go to your computer and type in the phrase “verses about worry” for there you will find a bunch of them. God has a lot to say about worrying) but I highly recommend,

Do not be anxious about anything, but in every situation, by prayer and petition, with thanksgiving, present your requests to God. And the peace of God, which transcends all understanding, will guard your hearts and your minds in Christ Jesus. Philippians 4:67 (NIV)

Now that you have had the opportunity to read my last two posts illustrating, through personal testimony, why I see God as my logistics coordinator, I hope I have given you food for thought that will deflect all those fiery darts that tempt you to worry. He will prove to you, as He does for me over and over again, that He can be trusted to work all things out for my good (ooh, sounds like Romans 8:28 doesn’t it!)  That, my dear readers is a liberated way to live! 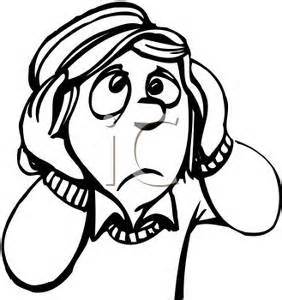 This is me; in worry mode!

Awhile back, two of my friends and I took a road trip to attend a ladies’ retreat in the mountains; about an 8 hour drive from our homes. (Of course, that’s just the drive time; we stopped at Cracker Barrel going and coming. The two in one experience–eating and shopping, you know. Well then, let’s say 8+ hours.)  We learned a lot about each other, made a heap of memories, and discovered a rather unique character trait possessed by God.  It has taken numerous experiences for God to teach me that He can work things out without me fretting and worrying over how He’s going to do it.  So while I have been blessed by this trait of God’s, it wasn’t until this trip that I found a name for it.  And here it is:

A logistics coordinator, by definition, is someone who plans, implements, and coordinates the details for someone else.  After reading the illustration below, followed by the 2nd illustration in my next blog post, I hope it will become clear to you that acknowledging God’s ability to work things out for our good (Romans 8:28), is a powerful weapon in defeating worry.  So, let’s begin!

My friends and I were driving to a quaint little restaurant in the mountains for lunch. We had driven to this little lakeside restaurant the day before but had arrived too late to eat.  This time we left early enough to arrive in time for lunch and to enjoy a spectacular view in the process.  But while time was on our side as we made our way towards the restaurant on that picture perfect spring day, my gas gauge was not!  I notified my friends that we were getting rather low on gas and it might be a good idea to pray.  None of us could remember exactly how much further the restaurant was or even IF we had enough gas to get us there.  So, we prayed for a gas station!

Now, here’s where the connection to Worry comes into play.  Under the circumstances, I am sure you can understand why we were sorely tempted to fret and worry.  You name the fiery darts that would be apparent on such an occasion and believe me Satan shot them at us.  And as I watched that gas gauge move closer and closer to the empty mark, and no gas station or restaurant yet appeared on the near horizon, I felt it was necessary that I come up with a plan just in case God’s plan was NOT to get us to a gas station in time.  I knew that my friends at the camp would come to our rescue, if needed.  But then we were in the mountains and cell reception was ‘iffy’ at best.  (Okay, sometimes you can over think a situation!)

It was an effort on my part but by the grace of God, I maintained a controlled calm.  My friends were doing the same, but I knew it was a struggle.  The reason I knew that was because of all the wise cracks they were making.  When you are faced with a dilemma such as ours, sometimes laughter is a beneficial distraction.

And as so often happens, a few minutes after the ‘need to fill the gas tank asap’ light came on (causing the oxygen level to be seriously depleted as we all gasped for air) there appeared the gas pumps (not station, just a couple of dated pumps outside a run down little  mom and pop type grocery).  And next door to them was the restaurant; still open!  We were rescued!

Wow, I came away from that adventure convinced I had the best logistics coordinator in the universe (and of course, I did. We all do, actually). There is one more experience that I want to share with you that will illustrate the benefit of seeing God as our very own and personal Logistics Coordinator!  However, this is enough for now, so I will wait till next post and bring all this to a conclusion then.

GET THEM WHILE THEY LAST

As of March 1, 2022, my relationship with Certa Publishing has come to a close. I will always be grateful for how God used Certa to get my book out there! But after much prayer this seems to be the next step I am being directed to take. I am in sole possession of the 60 plus remaining books. Therefore, while they last you can contact me via my email, janetwarrenlane@gmail.com, if you are interested in obtaining my book. However, as God leads, I will continue writing posts for this blog. Looking forward to God's leading, Janet Warren Lane