C S Lewis (author of the Lion, the Witch, and the Wardrobe, remember) stressed the connection between imagination and reason. Yet, our world has a hard time understanding this. And after studying on Lewis concept, I can better understand why.

Reason and imagination are woven together, using a rich concept of truth which emphasizes how we come to see things properly, and grasp their inner coherence. (in other words, how they stick together)

Reason and imagination are easily understood as separate concepts. But, it took awhile for me to understand how they were connected. Dr. Harry Poe, a professor at Union University, and an authority on C S Lewis’s writings offers this perspective;

“Evangelicals have a wary suspicion of imagination and the artistic expression that comes from it, probably because of St Paul’s warning about vain imagination to the Romans and the idolatry and false religion that proceeds from it.”

Allow me to illustrate.

Consider the impact that secular media has on how we view life. If we are not familiar enough with God’s truths or have rejected anything having to do with God, then we don’t have a proper filter to discern the difference between good and bad imagination. We won’t be able to recognize the lies hidden within the movie scripts and/or other sources of media we may be exposed to. We will slowly but surely be desensitized as to what is truth. As a result, our choices and decisions will be impacted by the vain imaginations and false reasoning temptingly portrayed in what we view, read, or listen to.

So while I am sure there is much more clarity to be had on this subject, here’s what I have gleaned so far. When we combine good imagination and reason (truths from God), then we will have the right source to influence how we come to view life. When we combine bad imagination and false reasoning, then we will be influenced to view life with a distorted view and our lives will be doomed.

Not long ago I read, “There is a higher purpose to be discovered in times of great disappointments.”

But trust me, when great disappointments first arrive, the last thing we want to consider is what the higher purpose might be! More than likely our thoughts are consumed by the pain such disappointments precipitates. While the pain must be processed, we must

During times of great disappointment, we are particularly vulnerable to fiery dart attacks. Such attacks give rise to an ‘all about me’ mentality. We will be set on a course chartered by self-centered thinking.

Thoughts of false reasoning are attracted by such thinking. Therefore, the pain we  encounter, as it is filtered through false reasoning, will only be intensified.

If we open our minds to the Comforter, our thoughts will instead be filtered through God’s Truth. We will find our hearing becoming more acute to His whisperings. We will discover that while the pain may linger, it will become more manageable. Gradually, our thoughts will settle down and we will know a peace that passes understanding.  And this is all ours, even if the particulars didn’t turn out the way we would have wished.

Our great disappointments surrender their power to defeat us when we focus on thoughts inspired by God’s Truths.

GET THEM WHILE THEY LAST

As of March 1, 2022, my relationship with Certa Publishing has come to a close. I will always be grateful for how God used Certa to get my book out there! But after much prayer this seems to be the next step I am being directed to take. I am in sole possession of the 60 plus remaining books. Therefore, while they last you can contact me via my email, janetwarrenlane@gmail.com, if you are interested in obtaining my book. However, as God leads, I will continue writing posts for this blog. Looking forward to God's leading, Janet Warren Lane 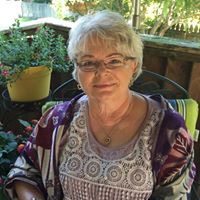